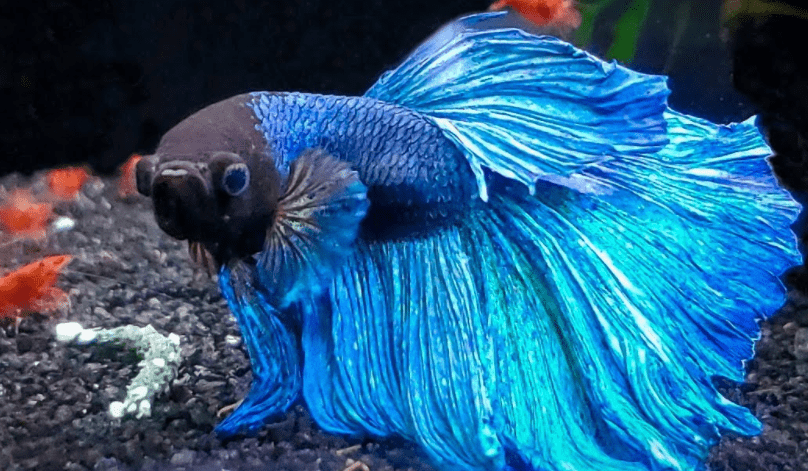 The betta fish is one of the most popular fish to keep as a pet. They are typically known for their long, flowing fins and bright colors.

The question that many people have is can betta fish have seizures? This article will discuss why they might be having seizures, what could cause them to have a seizure, and how you can prevent them from happening.

Can Betta Fish Have Seizures?

Yes, the sad news is that betta fish can have seizures. Even sadder, most betta fish do not survive them. This is because the seizures often cause trauma to the swim bladder and other internal organs in their body.

I will now discuss why betta fish can have seizures, what could cause them to have a seizure, and how you can prevent them from happening.

Signs of Seizures in Betta Fish

It’s important to look for the signs of seizures in betta fish so that you can get them the help they need as soon as possible. Some common signs include:

The short answer is that a betta fish seizure looks just as you would imagine. Seeing a betta suffering from a seizure is a very sad thing.

It’s important to remember that not all of these symptoms will be present in every betta, and some seizures may only have one or two symptoms.

Causes of Seizures in Betta Fish

Now that you know the signs of a seizure, it’s important to understand what could cause them. There are many potential causes for seizures in betta fish, but some of the most common include:

The first cause is bright light. You see, most fish hate bright lights, especially betta fish. It’s a good idea to keep your betta in dim lighting that is similar to their natural environment.

Keeping your betta in a bright environment will disrupt their rest cycle and can cause unnecessary stress on the fish. Here’s an article I wrote on betta light requirements at night.

To ensure your betta gets the correct amount of light, I recommend using a tank light that you can control the brightness of. This will allow you to dim the light for nighttime and turn it up during the day.

It can also be a good idea to use plants and other tank decorations to create more hiding places for your betta to help them feel safe and secure. Following the above advice will keep your betta calm and reduce the chances of them having a seizure.

Another common cause of seizures in betta fish is bacterial infections. Just like with humans, it’s possible for bacteria to get into the bloodstream and travel throughout their bodies. Some parasites can disrupt the internal organs of the betta, which can lead to seizures.

The treatment of choice is typically antibiotics that are effective against the specific type of bacteria or parasite causing your betta’s issues. It may also be a good idea to make some changes in their living conditions, like cleaning up excess food and waste, increasing the temperature of the water, or adding salt to their tank.

Temperature shock is a common cause of seizures in betta fish. This occurs when the temperature of their water changes extremely fast, like turning on an aquarium heater without letting it run for long enough to reach normal room temperature.

It can also happen if the water gets too cold, like when a heater malfunctions in the winter. This is especially true with betta fish that need temperatures between 76 and 82 degrees Fahrenheit.

The best way to avoid this issue is by using an aquarium heater that has its own thermostat and turns off automatically when the water reaches a certain temperature. This will help ensure that your betta’s tank stays at the right temperature for as long as possible.

It’s wise to regularly check the water temperature of your betta’s tank to make sure it isn’t fluctuating too high or too low for your fish to handle.

Prevention of Seizures in Betta Fish

If your betta is having frequent seizures it may be best to take him or her to the veterinarian for diagnosis and treatment.

To prevent future episodes, ensure that their environment has no sharp changes in temperature, they have plenty of hiding places, and you are using a quality aquarium heater.

It’s also important to keep their tank clean by removing any excess food or waste that may have built up. Following these tips will help reduce the chances of your betta having seizures in the future.

How to Keep a Betta Calm to Prevent Seizures?

Keeping your betta calm is a must if you want to prevent them from having seizures. Some of the best ways include:

Keep them in dim lighting – You’ll have to experiment with this one, but most bettas find it more relaxing when they aren’t being startled by bright lights.

Provide plenty of hiding places – This is an easy way to keep your betta feeling safe. Try using live plants, rocks, and other tank decorations to create places where they can go if they are startled or feel overwhelmed.

Keep the water temperature at 76-82 degrees fahrenheit – Bettas thrive in waters that have a temperature between 76 and 82 degrees Fahrenheit so it’s important to give them the right environment.

Using these tips will help your betta stay calm in almost any situation, which will reduce their chances of having a seizure.

In conclusion, seizures in betta fish can be caused by a variety of factors, including bright light, bacterial infections, and temperature shock.

There are many things you can do to prevent seizures in your betta fish, like keeping their tank clean and using a quality aquarium heater. If your betta is having frequent seizures, it’s best to take him or her to the veterinarian for diagnosis and treatment.

Thanks for reading! I hope this information was helpful. If you have any questions, please don’t hesitate to ask in the comments section below.